My project for this week’s challenge is unfortunately still a work in progress. The yarn I used to make my first vessel was hand dyed and came in a shank. I made a terrible mess getting enough to decorate the jar, so I wound it all into a ball and decided I wanted to make a yarn bowl to go with it. 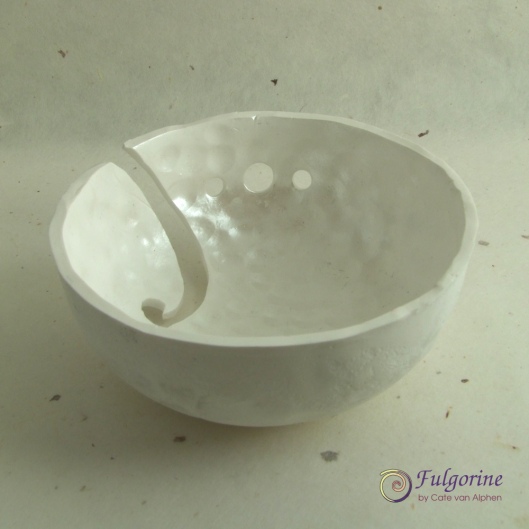 I made it inside another bowl because that was the closest I had to the shape I wanted. The curve cut-out ended up a little lower than I had intended since I was working inside out, but I plan to put some feet on the bowl when I get to decorate the outside.

I used Kato clay because it’s supposed to be stronger, but with the cut-out there was a bit of flex to the bowl and it ended up cracking. I think Kato is more brittle than Fimo. I am considering adding a layer of plaster bandages to strengthen the bowl before I work on the outside so I don’t need to make it too thick. 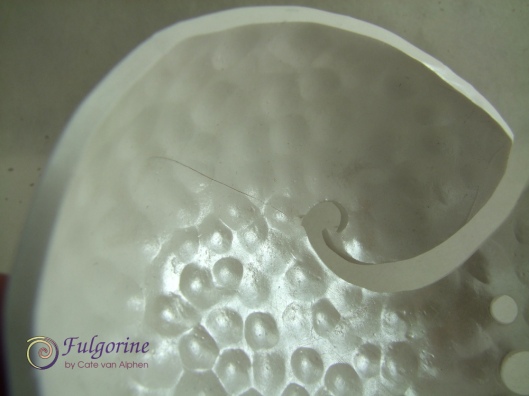 Have a look at my flickr group to see a couple of finished yarn bowls.

This site uses Akismet to reduce spam. Learn how your comment data is processed.