So, it has been over a year and a half since my last blog post! 😮 What happened? The short answer is that I have been tidying. If you want the long and gory answer keep reading, otherwise I hope you come back soon when I something pretty to look at again. The next photo is NOT PRETTY.

Shortly after my last post (December 2018) we got builders in to waterproof the basement floor. This meant shifting two rooms of storage into our dining room (which overflowed into other rooms of the house), while they lifted the flags and laid plastic underneath. They finished on the 21st December at which point we had to paint, move everything back, and clean up the dust in time for a big family Christmas. It was incredibly stressful and left a lot of displaced stuff behind in the rest of the house.

To cope with the stress, I began a project carving designs into my colour swatches from the now discontinued Fimo Classic (this project is not finished yet). While doing this I realised what a (positive) tranquillising effect this had on me. So I decided I wasn’t allowed to do it anymore until I had tidied up.

Armed with Marie Kondo’s books I began to unpick 40 years of bad habits and 20 years of stuff. This has been, and continues to be, extremely difficult. One problem was that I couldn’t pack stuff away because there were boxes of junk and piles of stuff in front of cupboards so I couldn’t even open the doors. I was also having issues with gallstones flaring and causing sickness and pain (especially when I was stressed) disabling me for days at a time. In addition I decided to leave my art room till last as a way to help keep me motivated. My thinking was that it would be a reward to be able to play again, and if I let myself relax I would loose motivation to tidy up because the mess would be less unbearable. And I was supposed to finish in a month (January).

…ok, maybe before my birthday in February. Definitely before the start of the kids’ summer holidays. At least before they went back to school in September. I mean before Christmas…

After more than a year I was stuck with a mess I couldn’t tidy up because there was too much mess. Stressed because of the mess, sick because of the stress, and hindered from tidying up because I was sick. Still waiting for a date for gallbladder surgery, I went to a herbalist and an energy therapist for assistance and by the end of February 2020 I had decided I owed it to myself to tidy up my art room regardless of whether I had finished the rest of the house or not. I was feeling optimistic. I even imagined writing a blog with a triumphant before and after picture. This is not that blog. Because… in March… Lockdown started.

I did not respond well…

And yet, I have been making things and planning things that I want to make. I haven’t needed the surgery which was supposed to have been in April but was cancelled.

Today the kids went back to school, so I decided to get back in the saddle and write this blog entry in all it’s embarrassing glory. I am still tidying the house and not entirely coping, but I am trying to be kind to myself. I remind myself that slow progress is still progress.

I have learned that giving myself time to create and play is not optional but a requirement for my mental and physical health.

I decided to make time to take part in the Virtual Paintout again. This is a fun project by Bill Guffey where he chooses a destination and then we use google maps to find views to paint. This month it’s Amsterdam.

It was quite near the end of the month when I started, so I decided to focus on something fun rather than strictly accurate. I’ve done some messy gesso in the background on a piece of blue paper. I used paint pens and only slightly exaggerated the tilt of the buildings.

I wanted something a little bonkers to reflect the feeling of Amsterdam which is full of fun surprises. For example a museum of Fluorescent Art or tiny houses in a crack between two buildings. 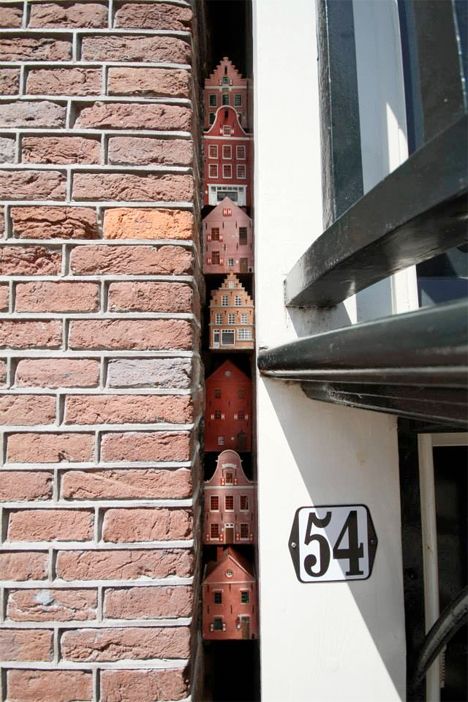 I’ve just added a few more bracelets to my shop. Here are some pictures of them.

There must be a better way.