This week I made another jumbo shank button/clasp from polymer clay and wire. I used some of the scraps from the earlier mokume gane sheet with some slivers of skinner blend.

Again I did two loops on the back, so one can be for the necklace and one for the clasp hook.

This week for my indigo colour scheme toggle I super-sized a shank button. 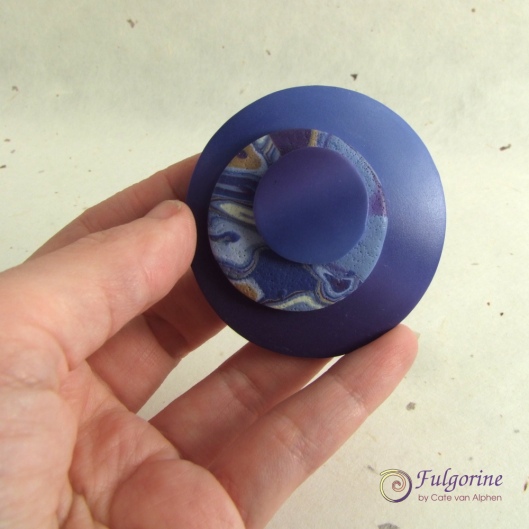 I made a hook from silver coloured copper wire. 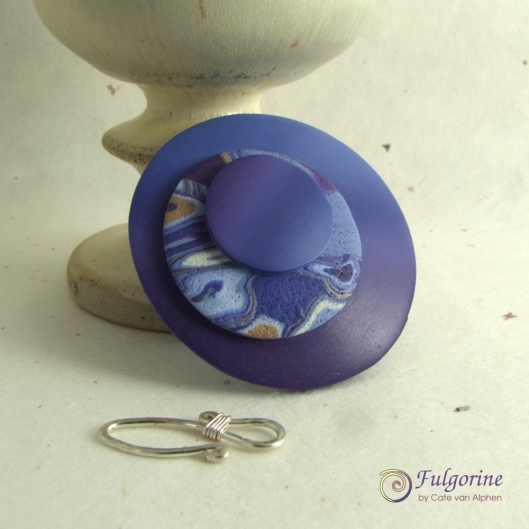 I made two loops at the back so one can be used to attach the beads and the other is for the hook. I thought it would give it a better “V” shape to a necklace than using only one shank. It also means that they are off centre so it gives the option to use the focal as a slider pendant without it flipping over.

We were away this weekend, so I’ve kept my 2015 Polymer Clay Challenge piece pretty simple this week. I made a pair of shank buttons using the blue kaleidoscope cane from last week. 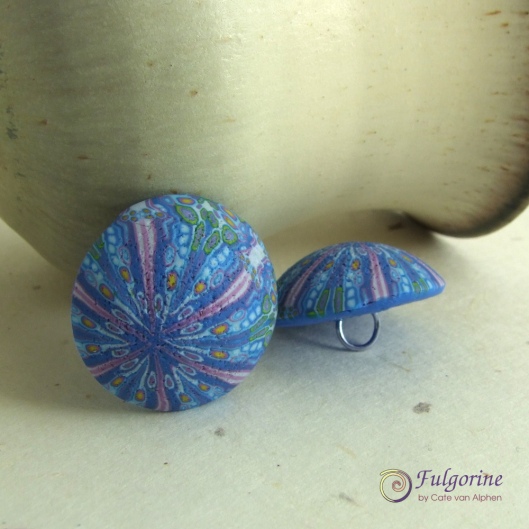 I think they’d make a nice pair of vintage style clip on earrings :). Maybe I should make another pair without the shanks so I can glue on earring findings?

Like last week, I cut out the pattern slightly off centre – although I think I should have offset the pattern a bit more to get the asymmetric look I wanted.

This week I made green toggles for my 2015 Polymer Clay Challenge. I do intend to come up with some more interesting mechanics for my clasps, but I haven’t had the time to experiment. So for this week I went back to making shank buttons. 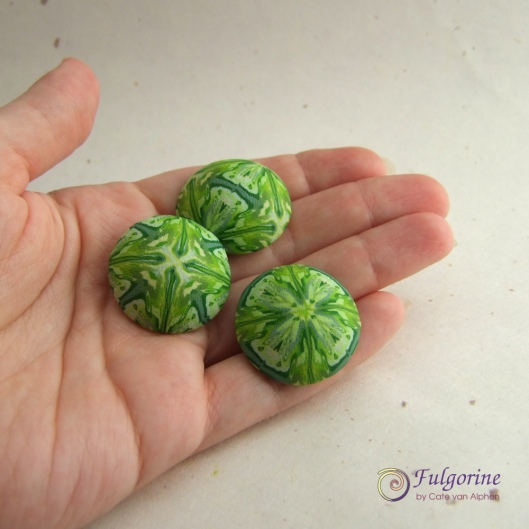 I did start making a wire hook to go with a button to complete the clasp, but then I couldn’t find my hammer to harden it (and add some texture). I’ll have to finish it later when I’ve unpacked. 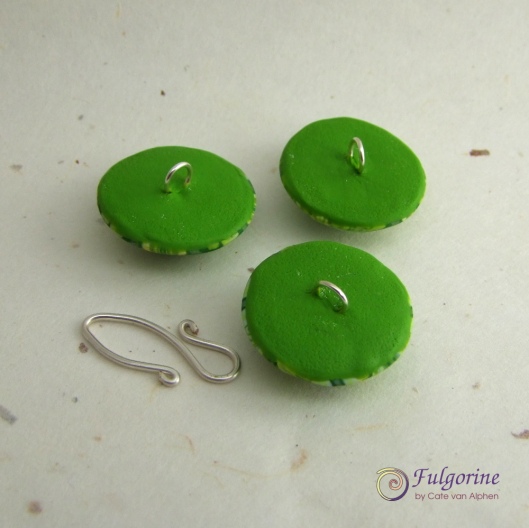 Back of shank buttons by Cate van Alphen

The different designs all came from the same pattern sheet.

I’ve just realised there are only two days left of green and I’ve hardly been able to give it a fair go.

The biggest challenge with blogging something I’ve made every week is not the polymer clay but the photography. Waiting for a sunbeam, so I can photograph using natural light, in Northern England is difficult. In winter it’s even more unlikely. A sunbeam in England, in winter on a Tuesday or Thursday morning (when someone can look after my girls) is practically impossible. So I have had to resort to using a flood lamp for taking my photos, and the results are a bit grungy. 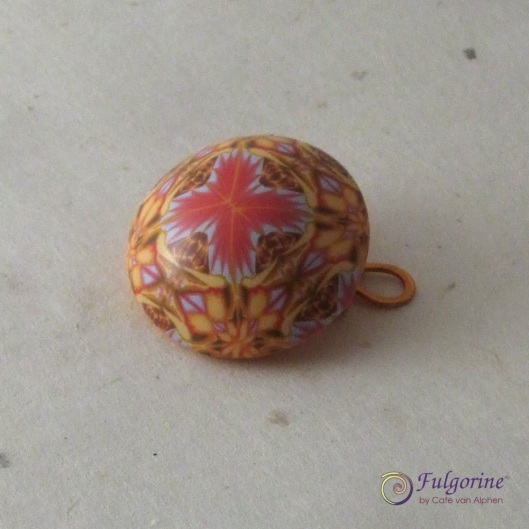 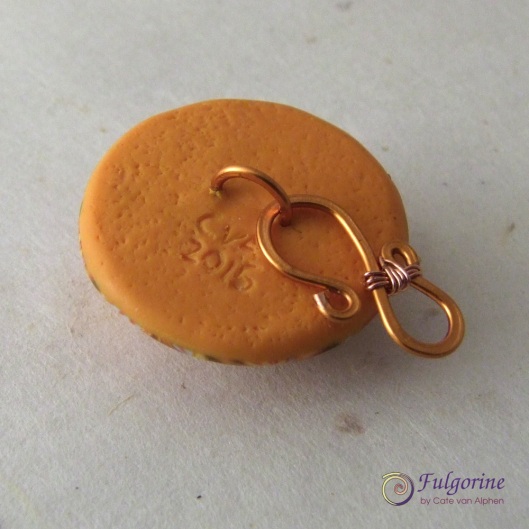 I liked the button so much I even signed the back ;).

I also made a wire hook which was a bit of a trauma. I wanted the wire to be flat. Previously I have used a DIY hammer (with clunky results), so for my birthday I got a nylon hammer specifically for wire. Unfortunately, this did not have any visible effect on the wire despite whacking it gently, harder, with venom and even asking my husband to have a go. I can only assume it’s the wrong type of hammer because it’s a hammer – there isn’t much scope for user error. Is there? In the end I resorted to using the DIY hammer again.

I also made some regular buttons and a toggle bead. To make the buttons, I used the edges of the kaleidoscope sheet I made for the shank button. Because I had laid the cane slices over scrap “mud” clay I had to add a layer of clay to the back and edges of the buttons. I used orange because that is supposed to be my focal colour, but after I had made a few I thought brown would have given more definition.